I generally stay far away from public, political conversation due to professional boundaries and out of deep respect for family and friends who genuinely desire a better world but hold differing views on what is best politically. But a recent statement made by the president’s budget director, about food stamps, poor people, and the narrative around poverty demands that I no longer stay silent. It was stated that “if you’re on food stamps and you’re able-bodied, we need you to go to work.”

Stories are powerful. Most of us view the world we live in through our stories. These recent comments about poor people assert a viewpoint that the impoverished are mostly takers and moochers.  This archaic position is misinformed and an inhumane narrative about poor people. The majority of people on food stamps are in fact working. For many others, food stamps are one small bit of aid in a daily quest for survival. It is no longer morally acceptable to blame other human beings for poverty. People of faith, people of good will, people wanting the best for the common good must speak out forcefully against a narrative about poverty that is a lie.

The truth is, poverty is devastating. Poverty is ugly. Poverty is hard for many of us to face because the problems are deep, complex and involve ongoing layers of physical, emotional, and financial turmoil.

Do poor people ever cheat on the system? I’m pretty certain that it happens – probably about as often as fraud and dishonesty occurs in every other part of society. Every system has to continually work to improve, to eliminate fraud or waste. I get that. But it is incumbent upon people of good will to tell a different story, a truer story and a story that reflects actual people’s lives.

Wes Stafford writes in Too Small to Ignore that “at its very core, poverty is a mind-set that goes far beyond the tragic circumstances. It is the cruel, destructive message that gets whispered in the ear of millions by the enemy Satan himself: ‘Give up! You don’t matter.  Nobody cares about you.’…More than any other emotion, the poor feel overwhelmed. Without financial resources, shelter, food, education, justice, or skills to address their plight, they succumb to the downward spiral that leads to hopelessness and despair. That, my friend, is the essence of poverty.”

At Good Sam we partner with our patients to tell a different story. Our patients tell a story of perseverance, resilience, healing and health that comes from lots of hard work and resources both individually and collectively. There are no easy answers. But this I know. I will no longer be silent when our public officials openly blame the least of these for having less than they need. 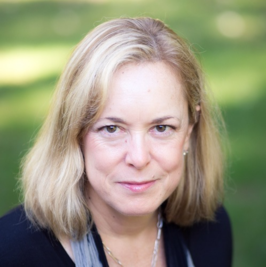